What is meltblown polypropylene?

Polypropylene, referred to as PP, is a thermoplastic resin used as a raw material for spinning from synthetic fibers, which is obtained by the polymerization of allomorphic polypropylene of propylene.Many everyday products are made of polypropylene plastic, such as transparent disposable lunch boxes, microwave containers, certain sports cups, etc.

In the early days, the polymerization method of propylene can only obtain branched products with low degree of polymerization, which is an amorphous reducing compound and has no Chinese pragmatic value.

The research results of this issue have continuously opened up new directions in the field of information polymerization and laid a foundation for the large-scale industrial development of polypropylene production capacity and its wide application in the production and management of plastic materials and other fiber products in China.

Professor ziegler and natta won the Nobel Prize.After 1964, we developed polypropylene film fibers for strapping and made textile fibers and carpet yarns.In the 1970s, the short-range spinning process and equipment improved the production technology of polypropylene fiber in China.

Interphase, bulk continuous filament (BCF) can be used initially through carpets as well as the industry.Currently, 90% of the world’s carpet coverings and 25% of carpet veils are made of polyene fibres.

Polypropylene has become one of the fastest growing and most active new product design and development companies among the top five general purpose synthetic resins in China due to its cultural characteristics such as ease of processing, technology, prototyping and reusability, and its high performance and cost.

What does polypropylene have to do with melt-sprayed fabric?

Melt spray (melt blow molding) is a non – woven process extruded by polymer.It’s a filtration material developed by the U.S. navy in 1954 to collect radioactive particles from nuclear tests.Then around 1965, exxon, 3M and others produced the first generation of melt spray nonwoven equipment.

Principle of draft processing nozzle orifice the thin polymer flow of hot air extruded by melting has a high speed so as to form superfine fiber or mesh screen of upper solidification and coalescing drum.

The filtration mechanisms of surgical masks are brown diffusion, interception, inertia collision, gravity deposition and electrostatic adsorption.The first four are physical factors, that is, the non-woven fabric produced by melting spray method has the characteristic of filtering about 35%;This does not meet the requirements of surgical masks. We need to polarize the material, let the fiber charge, and capture the novel coronavirus in the aerosol with static electricity.

What is melt spray cloth?

It is a kind of melt-blown nonwoven fabric.The reason you often see the name of the recent “melt spray” mask subject in discussion is because most masks achieve high filtration efficiency by the spray spray layer.

Therefore, the statement of the subject is not correct, polypropylene is a kind of learning material, and melt spraying cloth is a kind of non-woven cloth, the two are obviously not equivalent. 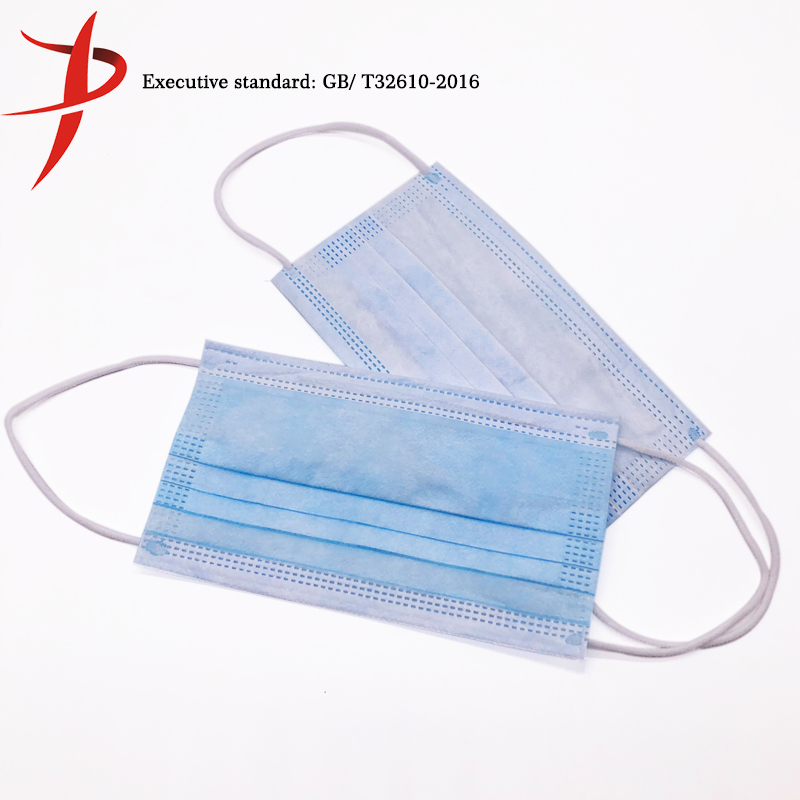 The melted spray cloth is the heart of the mask

We can give an example, N95 mask for general enterprises to adopt a multi-layer network structure, referred to as SMS structure: inside and outside the two sides of a single spunbonded layer (S);The middle is the molten spray layer (M), which is generally divided into single layer or through multiple layers.

Mainly used to isolate patients droplet;The specially treated medium melt spray non-woven fabric has good filtration, shielding, insulation and oil absorption, which is an important raw material for mask production.The inner layer is the common non-woven fabric.Although the spunbonded layer (S) and fused spray layer (M) of the mask are nonwoven fabrics made from polypropylene, the production process is different.

Among them, the spunbonded fibrous cells on both sides of the inner and outer sides are relatively thick in diameter, about 20 microns in diameter.The middle fusion-spray layer fibers are generally only 2 microns in diameter and are made of a polypropylene composite material technique that can be called high-fusion-fat fibers.